Montmagny - At the heart of Blais’ first settlements 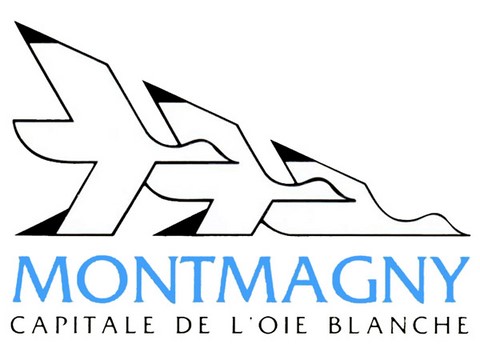 September 11, 2010… Day breaks in Montmagny, with thick sea fog covering the city. The sun is there, trying to peek out, announcing a beautiful sunny day, and indeed that is what Mother Nature had in store for us – a splendid autumn day. At 8 a.m., the first participants arrive at the Louis-Jacques Casault High School, where, the evening before, the Organizing Committee had prepared everything for the meeting.

Greetings, catching up… For this 10th annual meeting, each participant receives a 20-page booklet, written by Michel Blais M-169, on the settlement lands of seven children of Pierre Blais and Anne Perrot. Towards 10 o’clock we go to the St-Thomas church for a historical and genealogical mass, preceded by a protocol ceremony: presentation of the Board of Directors and the Organization Committee and a pin exchange between the Association and the City of Montmagny.

The seven children of the second generation Blais established in the Côte-du-Sud are there, in period costume. Each offers something that characterizes him or her: a sailboat, a 2-man saw, a shaft of wheat, bread, etc. Mr. Pierre Blais, Chief Justice of the Federal Court of Appeal signs a historical document confirming 300 years of Blais presence of a given lineage owning the same property in Berthier-sur-Mer. Even the officiating priests have Blais roots as Father Benoît Lacroix’s mother was Rose-Anna Blais and Reverend Caron is related to us through his maternal grandmother.

The festivities continue! Following the noon luncheon catered by "Aux fins délices", we visit the rural countryside in five buses; we are in the "heart of Blais’ first settlements". A guided tour with "Michel-Toussaint Blais and his mother Françoise Beaudoin, wife of Pierre Blais ll." We travel from Montmagny towards Berthier-sur-Mer and from there to the municipalities of Saint-François and Saint-Pierre-de-la-Rivière-du-Sud. A brochure written by Michel Blais M-169 presents fascinating references. Unknown facts are revealed: there was a memorable battle in Saint-Pierre during the American War of Independence, in 1776 Michel-Toussaint Blais fought as an American ally against the British. It was very heartwarming to discover that about 25 families in the Northern Range of Saint-Pierre are linked to Blais! A beautiful surprise, the magnificent cemetery in Saint-Pierre: built on rock it resembles the famous Père Lachaise Cemetery in Paris (smaller of course).

Back to the meeting room, Ms Irène Belleau of the "Société d’histoire des Filles du Roy" gives a conference on the "Daughters of the King". With great enthusiasm, she convinces us that these women, our ancestors, must not remain unknown. Towards 4 p.m., in collaboration with the Office du Tourisme de la Côte-du-Sud, 96 persons take part in a Montmagny city tour. The feedback was very positive. At the same time the Association’s annual general meeting was underway: the members of the Board of Directors reported on the past year and elected the new BoD. About 40 people were present.

Before supper, three members of our Association were honored: Pauline Grégoire M-425, Francine Blais M-299, and Normand Blais M-243. Special mention was made of the perseverance of the families who have lived on ancestral lands for 225 and even 300 years; today’s occupants are: Mr. Ghislain Blais, Mrs. Carmen Simard (Jean-Marie Blais), Mrs. Réjean and Claude Blais, Mrs. Emma Rabellino (René Blais), Albert Blais, all from Saint-Pierre, and Mr. Pierre Blais, from Berthier-sur-Mer.

During the evening, accordion, guitar, and cello were brilliantly played by musicians from the Montmagny area. Several Association members also hit the dance floor. We had a great time. Then the goodbyes. Where shall we meet in 2011? …. Rumors abound, but it is too soon to confirm anything. Let us hope all goes well.

Bravo to the Montmagny organizing committee; they really helped us to discover Blais roots !